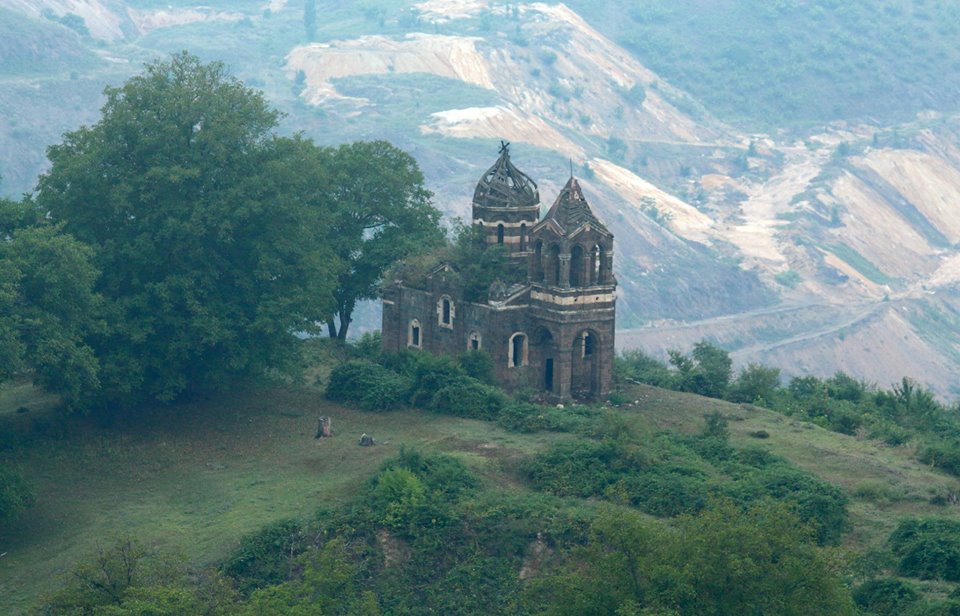 The village of Bashkand was located between Qatar / Ghatar and Kavart, in the lap of the magnificent nature of the famous Krkora Mountain. This Greek settlement was built in the middle of the 19th century. In 1853, Greek producer Kharlampi Kondurov built the Kavart copper smelter, gradually increasing its capacity. More than a hundred Greek workers were brought from Trabzon, who settled and built houses for themselves there. The Greeks also constructed a hydropower plant, a bakery, opened stores, laid the foundation for charity  (built the Kavart school), founded gardens.

In 1865, the Kondurovs built St. Catherine (in several sources the church is named “St. Haralampos”) Cathedral, which the locals called  “The Church of Berdzens”. There are still the ruins of the church. It is a domed building, built with non-local, dark brown tuff and basalt. The use of white lacquer lining for cornices, window frames, and laces has given a remarkable color tone to the structure. The bell tower adjacent to the western facade of the church.

There is also the mausoleum of the builder-master who built the church here.

From 1918 to 1920, when the Soviet Union was established, the Greeks after living for more than 70 years moved from Baskand and Kapan to Yerevan, Tbilisi, North Caucasus. Later the village has been inhabited by Armenians.