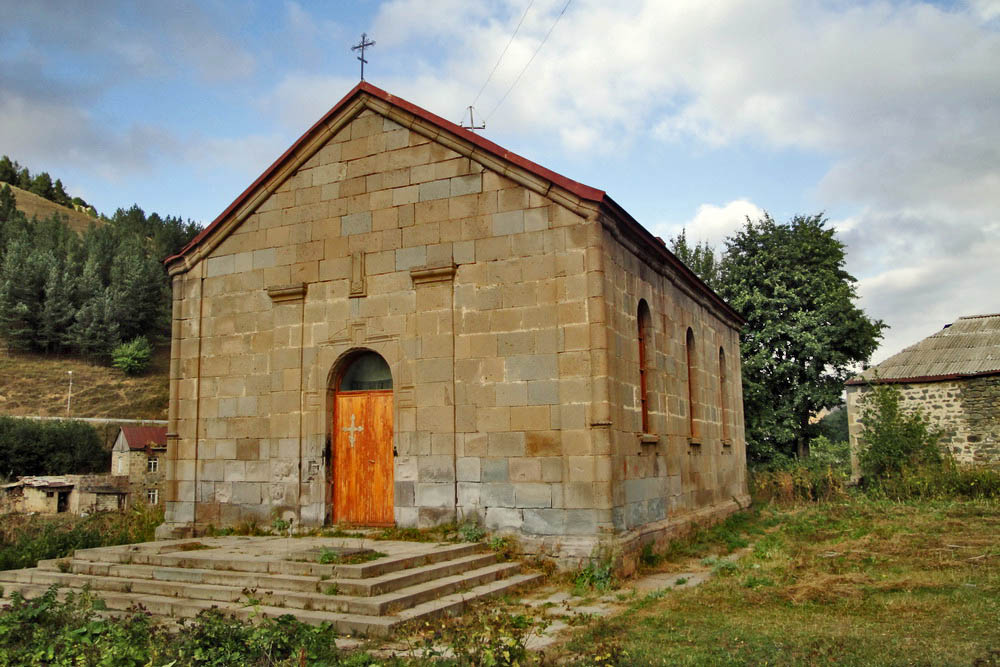 The cemetery of the XIX-XX centuries in Hankavan is clear evidence that many Greeks lived in the village. The graves have tombstones in the Greek style, which were perhaps made by Greek masters.

However, the most prominent evidence of the Greek footprint in Hankavan is the church of St. Georgios, built in the 1850s and 1890s. The church is a structure with a typical Armenian simple rectangular base with a double-slope roof; however, the eastern part is adapted to Orthodox churches.

According to historical records, the church operated until the beginning of the 20th century, and the roof was even once repaired. Now the church is not functioning, but the responsibility of the Church’s maintenance has taken the Greek native old woman Natalia.

The church is currently under the control of the Historical Environment Protection Service of the Kotayk region.

Photos from the blog https://vahemart.livejournal.com/76638.html