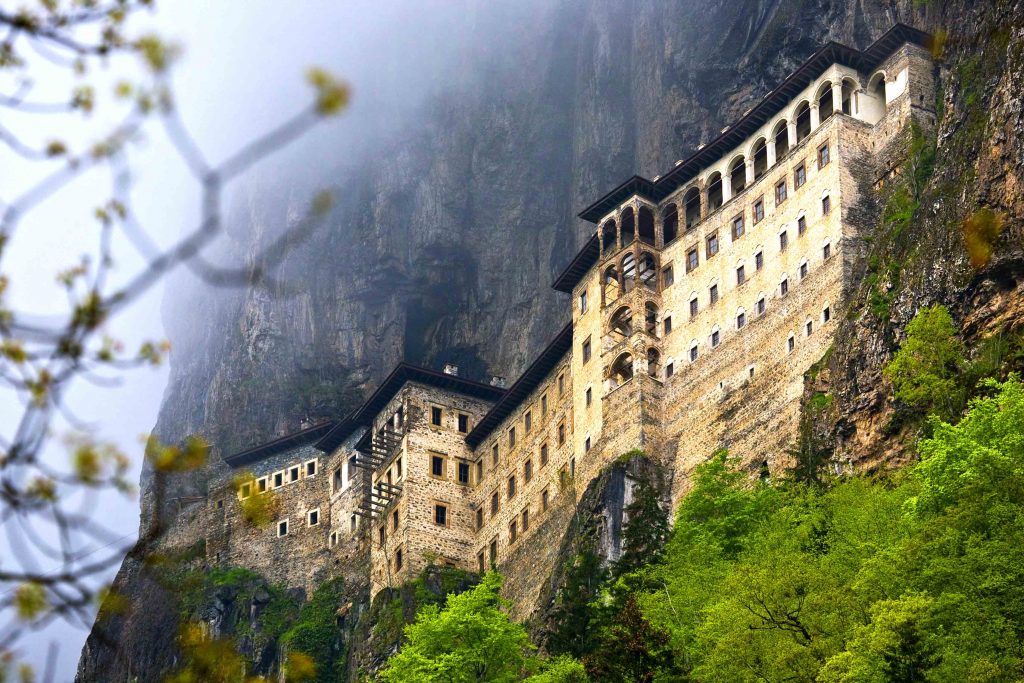 The monastery of Panagia Sumela is one of the most famous Orthodox Greek shrines on the territory of Pontus, a symbol of Pontic Hellenism. In 386, the monks from Athens Barnabas (Varnava) and Sophronios (Sofroniy) founded a monastery on Mount Mela near the city of Trabzon dedicated to the Icon of Panagia (Virgin) of Athens, transferred by the angels to a new place. The icon was painted by the hand of St. Luke the Evangelist. In 1923, the monks like the entire Christian population of Asia Minor and Pontus left the monastery under the terms of the Treaty of Lausanne and moved to Greece. The shrine itself, after 1.629 years of existence, was plundered by Turkish nationalists.

Foundation of the monastery

The icon of Madonna after the death of the Apostle Luke was kept in Athens in one of the churches in honor of Madonna where it remained until the Byzantine Emperor Theodosius I (379-395) came to power.

The icon of Panagia Soumela was destined to become the intercessor of the Greeks of Pontus. The founders of the monastery dedicated to the Icon of the Virgin Soumela in Pontus were Barnabas and Sophronius. After the appearance of Panagia, they took the tonsure and visited one of the Athenian temples, in which the miraculous icon was kept. After the second appearance of the Virgin, they were destined to go to Pont to Mount Mela. Meanwhile they saw two angels carrying away the icon to the East. 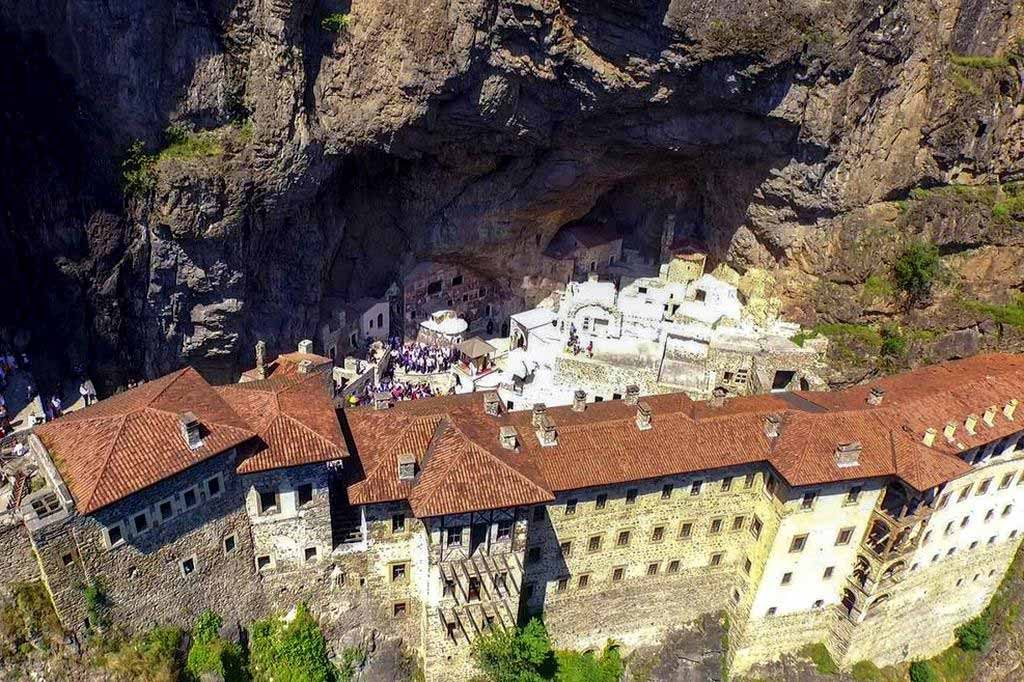 After long days of wandering and searching, Barnabas and Sophronius managed to get to the place indicated to them. The miraculous icon was in a grotto on a high steep slope. The main difficulty for the monks was that there were no sources of water nearby. The prayers of monks for help were crowned with a miracle. By God’s will, the rock above the cave split, and a spring with fresh cool water appeared. The holy water emanating from the source of the Turks to this day is called in Greek “Hagiasma” (Άγιο  – translated into English – Holy). 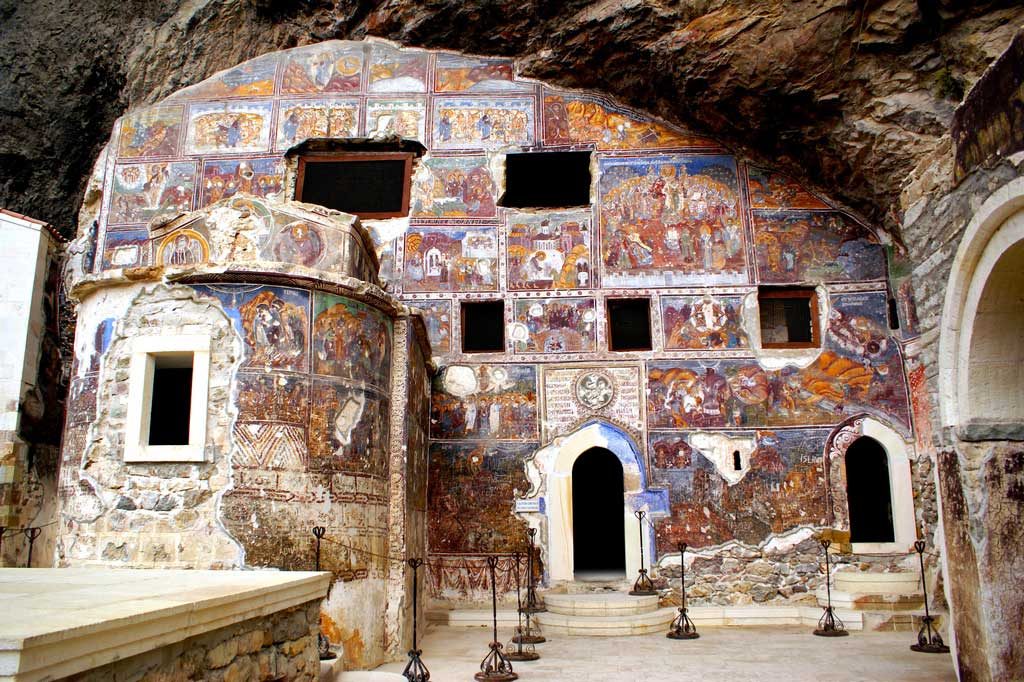 Thanks to the patronage of Madonna, the first monks on Mount Mela were never deprived of food and water. Over time, the monastery became known throughout the district. Local Christians, despite the difficult climb to the top of the mountain, came to worship the Icon. The number of monks has also increased. With the support of the neighboring Vazelon Monastery, the monks Barnabas and Sophrony built in the grotto a cell and a catholicon – the Church of the Assumption of the Virgin Mary. Gradually, based on the peculiarities of the mountain, an architectural multi-tiered complex consisting of residential and business premises began to line up. Twelve kilometers from the monastery, near the village of Skalita, was built the temple of St. Constantine and Helena. Two kilometers from the monastery was built the chapel of St. Barbara. Barnabas and Sophronius were ascended to heaven the same day in 412. During their lifetime and in the following centuries, the monastery flourished. 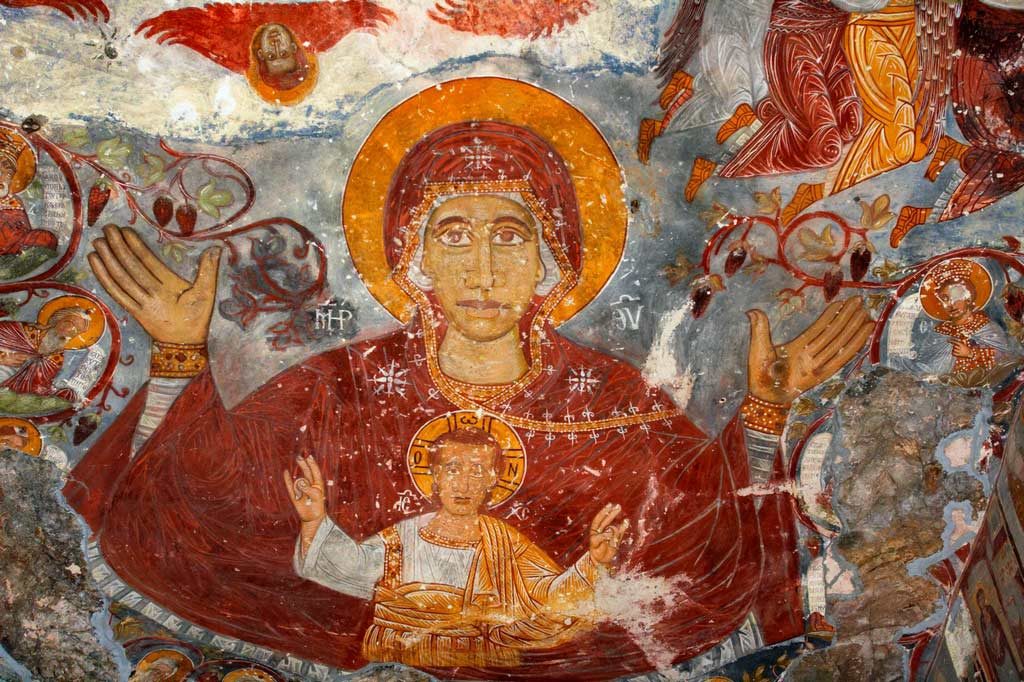 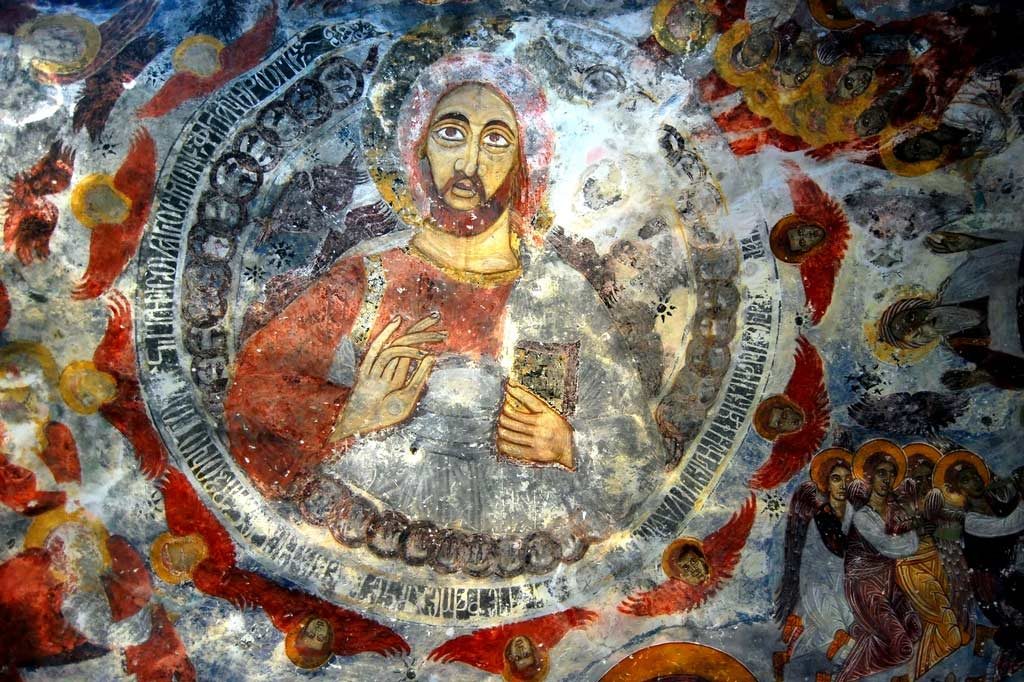 The holy spring attracts pilgrims to the monastery to this day. Despite the long decades of controversy between Greece and Turkey, Pontic-Christians from different parts of the world tend to get to the monastery dedicated to their patroness. The monastery of Panagia Soumela – symbolizes Pontus, as the acropolis symbolizes each ancient Greek city, and the Athenian acropolis – Athens.