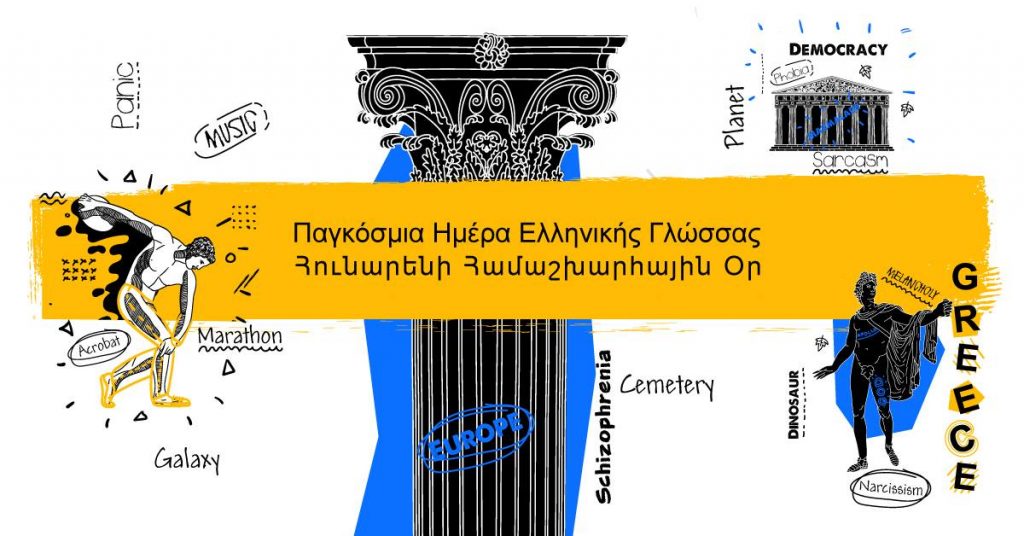 February 9 is considered to be the International Greek Language Day.The proclamation of the day was proposed by the Greek community of Italy, and, of course, was adopted by the Greek Government. The day was not picked randomly, February 9 is the remembrance day of Greek great poet, the author of the national anthem Dionysius Solomos.

Union of Greek NGOs together with Greek lecturer Marina Badalidou organized an open lesson dedicated to the International Greek Language Day on February 26, at the Marriott Hotel’s Ashot Yerkat hall. Guests from the Greek Embassy, representatives of Greek communities and students learning Greek attended the event. During the lesson, Poems by Armenian and Greek poets translated into Greek were read, it was spoken about Greek history and about its influence on other languages. Then, the participants played an interactive game on the Greek language and danced Greek national dances.