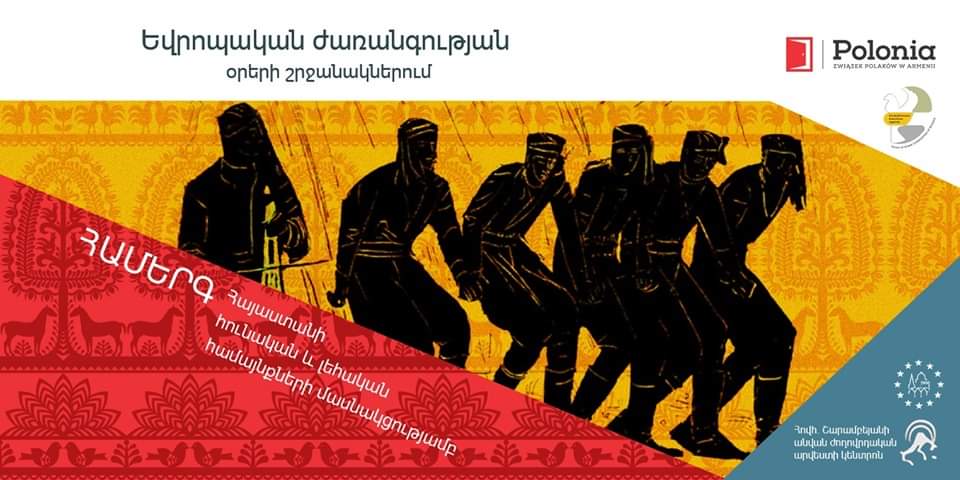 On September 28, within the framework of the Days of European Heritage, the Polish community of Armenia and the Union of Greek Communities presented their national songs and dances at  Hovhannes Sharambeyan Folk Art Center.

The event was attended by the Ambassador Extraordinary and Plenipotentiary of the Hellenic Republic to the Republic of Armenia, Ms. Nafsika Nancy Eva Vraila, Ambassador Extraordinary and Plenipotentiary of Poland Pavel Cheplak, Advisor to the Greek Ambassador Dimitris Felopoulos, Military Attache of the Greek Embassy Dimostenis Simayakis accompanied by his wife and Military Attache of the Polish Embassy Krzysztof Mikołajk, as well as members of both communities and other guests ․ The guests were welcomed by the director of the Center for Folk Art Hovik Hoveyan.

The concert featured folk and pop songs performed by the choir of the Polish community and a member of the Greek community, Grigor Galajyan, while the Greeks of Shirak ensemble presented Greek folk dances.