The Genocide of Pontian Greeks is the mass deportations and massacres of the Greeks in Trabzon and the surrounding regions by the government of the Ottoman Empire during the World War I whose aim was to end the collective existence of the Pontian Greeks.

It was instigated by the Young Turks and then by the Kemalist goverment in two stages: 1916-1918, then in 1919-1923. The Turkish government forced the Pontian Greeks to leave their homes, subjecting them to various forms of violence, deprivations, hunger and massacre using the Muslim population in this regard, not sparing even the children, women and the elderly. The property of the Pontian Greeks was embezzled by the Turks, their spiritual, cultural and educational institutions were destroyed as well. As a result of the Genocide, the loss of human life among the Pontian Greeks is estimated at more than 350,000, and thousands of refugees and survivors fled to Greece and other countries. 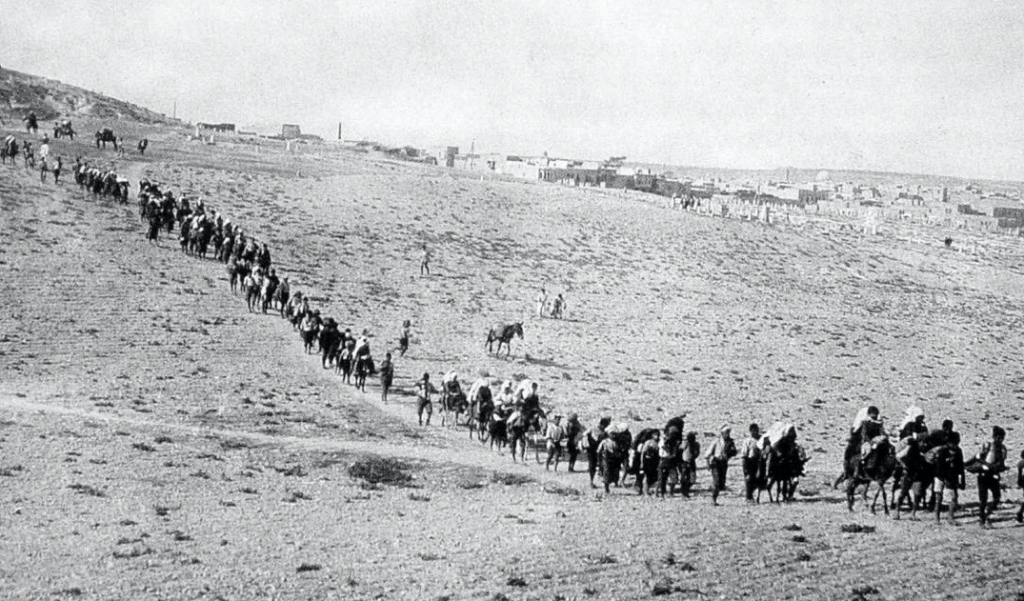 The Genocide of Pontian Greeks was a part of the anti-greek policy in the Ottoman Empire in 1914-1923. In Western Asia Minor, the mass deportations of Greeks began in 1914 in spring. Initially, most of them were deported to Greece. The mass extermination of the Greeks began in 1916. When Mustafa Kemal, later, the first president of the Republican Turkey, on May 19th, 1919, went to Pontus, and the anti-greek policy reached its peak. That is why the Greeks of Pontus selected to commemorate the Genocide of Pontian Greeks on May 19.

The academic study of the problem has also been prepared for the recognition of several states, separate administrative units of different countries and international organizations. Moreover, Greek organizations in the diaspora began to collaborate with Armenian and Assyrian organizations in both their scientific and recognition efforts.

The genocide of the Pontian Greeks is one of the most tragic pages in the history of the Greek people. If in 1453 Constantinople and in 1461 the fall of the Trabzon Empire was the end of the Greeks’ political presence in Asia Minor, after the genocide, it was the end their physical presence.

Today Turkey continues to deny the genocide of Pontin Greeks like the Armenian Genocide. Despite this, even hundreds of years after the Pontian Greeks continue their struggle for the restoration of historical justice with great determination to win.