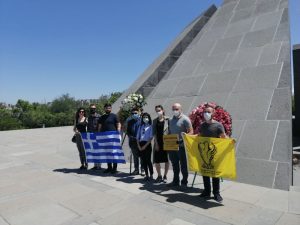 May 19 is the anniversary of the genocide of the Pontian Greeks. This year, due to the pandemic, it was impossible to organize an annual commemorative march in Yerevan. That is why the Greeks living in different cities of Armenia, such as Alaverdi, Stepanavan, Noyemberyan, visited the monuments dedicated to the Genocide in their cities in small groups and laid down flowers in memory of the fallen Pontian ancestors.

A small commemorative march was organized in Yerevan too, which was attended by the members of the Union of Greek Communities of Armenia, representatives of the Greek Embassy in Armenia, the Directorate of the Armenian Genocide Museum and others. As Maria Lazareva, President of the Union of Greek Communities of Armenia, stated in her speech, “Since 1994, the Greeks around the world have been gathering and paying tribute to the memory of the victims of the Genocide, and this is the first time that our movement, our crowded march has been limited. However, our right to memory is not limited. Although we are the third and fourth generation of genocide survivors, we remember what happened a century ago. And our duty should be to inform the whole world through our activities about what happened and to tell the truth out loud.”

In his speech, Harutyun Marutyan, the Director of the Armenian Genocide Museum, especially emphasized the unity of the two nations, Armenians and Greeks, in the struggle for the recognition of the Genocide, adding that it is very important to demanding cooperatively in the struggle for the restoration of the rights of the nations who have survived the historical justice and the Genocide.

In the evening of the same day, by the initiative of the Union of Greek Communities of Armenia, the documentary called “In the footsteps of the Argonauts” was broadcasted on the Public TV Company of Armenia dedicated to the genocide of the Pontian Greeks. 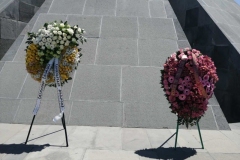 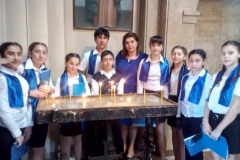 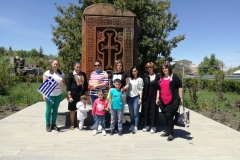 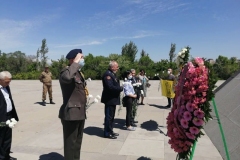 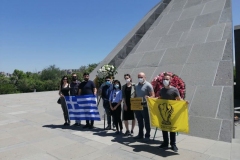 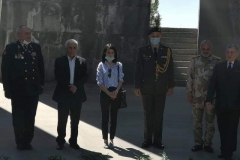 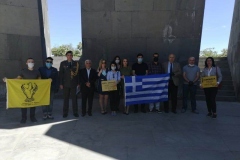 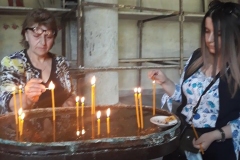